Team 17 finally decide to go back to the roots and release a Worms W.M.D. in 2d not in the awful 3d. But that mistake was very painfull to the studio, they lost too many fans. But fortunately developers recognized their mistakes and ready to move on! 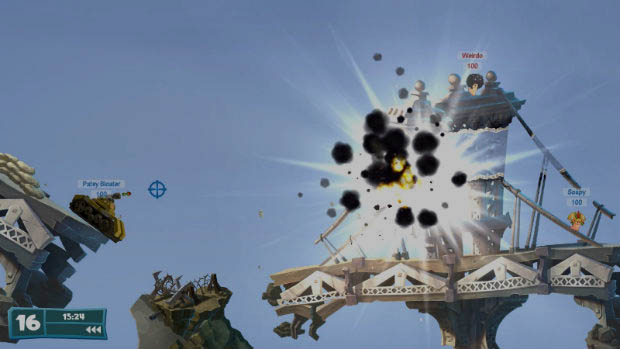 This game can be named ask “Polished Armageddon“. Worms returned to 2d, as developers promised. This is a great news, because this is how Worms must look. It feels so old school: same mechanics, arsenal and even game phisics.

This is still slow, but dynamic turn-based strategy, where you have a squad of worms, that throws grenades. Small monsters armed to the teeth, so the 10-15 minutes of battle will destroy the arena.

Arsenal is not very extended, and all old toys was left on their places. You can destroy enemies with firearms, cold and futuristic weapon. The new players may be confused with such weapons as Holy grenade, super sheep or something else, but old player cant hide theirs tears of joy.

This game has some surprises. For example. now you can find military vehicles! These machines will destroy your enemies if you know how to use it. Tanks, helicopters and even robots – choose what you want. 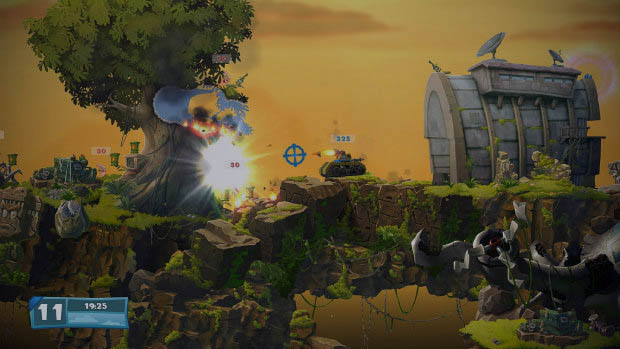 The second innovation – Shelters. Gas stations, markets and etc  – thats all now not a solid texture, you can enter them to hide or use them as a bunker where you will be protected from an enemy fire. However constructions can be broken, thats why you can not hide there forever. But a couple of times you can survive a dense bombardment or attack of homing missiles. 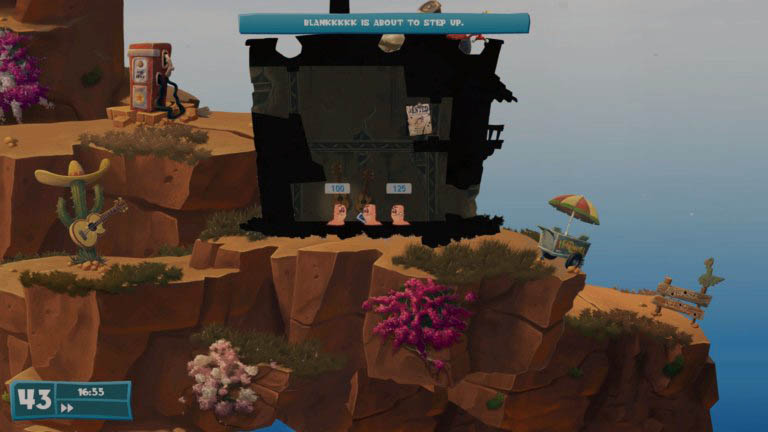 You have 2 game modes:

In single (company) mode you must complete several scenarios, where you must do some objective or kill all worms.

But all fun is in Network games. Where all can happen. I just can not describe all that madness that happens there, so just buy this game and try it. You wont be disappointed. 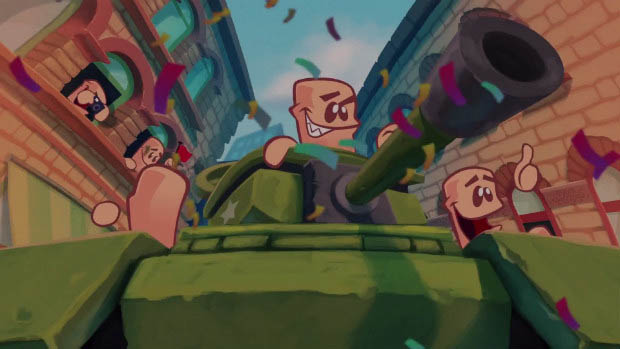 Team 17 have done everything correctly and bring the series back from the dead. Worms W.M.D as fun as 15 years ago, and it certainly great for the friendship battles on one PC or console. Game mechanics, that overcome the decade, works flawlessly and gives a sea of bright emotions. Tactical variety and content allows you to play this game in a long long time.

In general, the legendary “Worms” are back